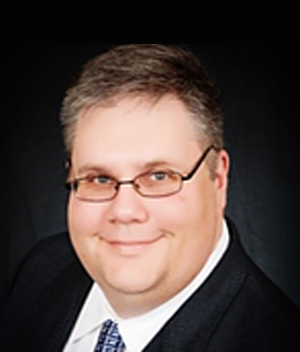 Todd received his B.S. in chemistry and mathematics from Wingate University and M.S. in analytical chemistry from Indiana University. Todd loved his time at Wingate so much that he worked there for many years. He held the position of adjunct faculty, lab manager and safety officer, and senior research scientist at their school of pharmacy.

Todd’s impressive resume includes many other positions. He’s worked as the director of research and engineering at Chemring Detection Systems and the senior manager in research and development for General Dynamics. He also worked at the Naval Surface Warfare Center as the chief scientist in the Crane Division. All of this led to Todd co-founding G2 Analytical with his daughter, Veronica.

Todd’s passion for his work led to him being featured in over 50 publications and conferences both nationally and internationally. He has been issued seven patents. Todd’s also worked as a consultant for Fortune 100 Technology Companies. Todd is a member of many organizations including the American Chemical Society, the American Society for Naval Engineers, and American Standards for Testing Materials.

In his spare time, Todd loves music, whether he’s singing, listening, or attending live music events. He also enjoys watching UNC basketball and cooking. If Todd were an animal, he would be a Griffin, of course! This would give him the head and wings of an eagle and the body of a lion. It would be the perfect combination of wisdom and majesty. The Griffin is also considered a protector of treasures—that’s exactly how Todd feels about protecting his family.

This website uses cookies to improve your experience while you navigate through the website. Out of these, the cookies that are categorized as necessary are stored on your browser as they are essential for the working of basic functionalities of the website. We also use third-party cookies that help us analyze and understand how you use this website. These cookies will be stored in your browser only with your consent. You also have the option to opt-out of these cookies. But opting out of some of these cookies may affect your browsing experience.
Necessary Always Enabled
Necessary cookies are absolutely essential for the website to function properly. These cookies ensure basic functionalities and security features of the website, anonymously.
Functional
Functional cookies help to perform certain functionalities like sharing the content of the website on social media platforms, collect feedbacks, and other third-party features.
Performance
Performance cookies are used to understand and analyze the key performance indexes of the website which helps in delivering a better user experience for the visitors.
Analytics
Analytical cookies are used to understand how visitors interact with the website. These cookies help provide information on metrics the number of visitors, bounce rate, traffic source, etc.
Advertisement
Advertisement cookies are used to provide visitors with relevant ads and marketing campaigns. These cookies track visitors across websites and collect information to provide customized ads.
Others
Other uncategorized cookies are those that are being analyzed and have not been classified into a category as yet.
SAVE & ACCEPT