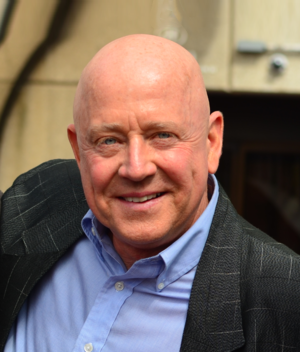 Joe Hickey’s long history in the hemp industry started in 1992 as the founder and Executive Director of the Kentucky Hemp Growers Cooperative. Joe and Woody Harrelson established Tierra Madre, LLC in 1994 to focus on identifying and funding innovative technologies supporting environmental sustainability.

Fueled by the idea “to know the law, you have to test the law”, Joe’s passion to leave the world a better place led him to challenging Kentucky’s hemp law by strategizing with friend and actor/environmental activist Woody Harrelson and planting of four hemp seeds in the hills of Kentucky. This action would propel the reintroduction of hemp into the agricultural landscape of the United States and solidify Joe’s role as a Hemp Pioneer. During this era, Joe reorganized the Kentucky Hemp Growers Co-op, worked with Governor Jones to form Kentucky’s Hemp Task Force and organized the first International Hemp Conference. He helped gain Kentucky’s and the National Farm Bureau’s support for hemp. Joe then became a founding board member of Kenex, the first commercial industrial hemp operation in Canada, and was instrumental in drafting and passing Kentucky’s hemp legislation.

In 2019, after more than 27 years of lobbying and research efforts, Joe Hickey became a founding member of Halcyon Holdings, Inc. Hickey is still on the board of the Kentucky Hemp Research Foundation and the Kentucky Hemp Industries Association, continuing to push the hemp industry forward with a revered passion.

Joe has had a passion for cannabis for many decades! In 1994, Joe founded the 1942 Kentucky Hemp Growers Cooperative Association. This started his quest to resurrect Kentucky’s hemp industry. In his research, he met tons of interesting people, including WWII hemp farmers, legislators, celebrities, and hemp activists. He’s spent years compiling archives and writing a book on this incredible journey.

Also in 1994, Joe established Tierra Madre, LLC with his partner Woody Harrelson. This venture focused on identifying and funding innovative technologies that supported environmental sustainability. Joe has done so much for the hemp industry in Canada, including importing the country’s first hemp crop for research and media opportunities! Joe was a founding board member of Kenex Ltd., which was Canada’s first commercial hemp seed and fiber processing company.

In 2014, after 20 years of lobbying for the legalization of hemp, Joe became a founding board member of Atalo Holdings, Inc. He is also a member of the board of Kentucky Hemp Research Foundation and the Kentucky Hemp Industries Association.

When he’s not working, Joe enjoys living in the country and spending time outdoors. He’s also a fan of slow dancing, traveling, and has always been a bit of an adrenaline junkie. If Joe could be an animal, he would want to be a time-traveling bird. He would use this power to watch Michelangelo paint the Sistine Chapel, see the Egyptians build the pyramids, listen to Lincoln give his Gettysburg Address, and more.