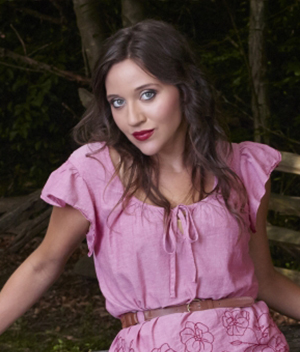 Courtney got her B.A. in history from Marshall University. She focused on studying U.S. and Appalachian history and development. It’s no wonder she was so interested in history—her family was part of the Hatfield-McCoy Feud in the 19th century!

Courtney has been using her creativity to boost brand visibility for years, starting with her own family’s brand. As a representative and spokesperson for the McCoy family, Courtney was interviewed by numerous news outlets and television shows. She also hosted hundreds of successful events that helped move the brand forward.

Some of Courtney’s interesting past work experiences include her time at the History Channel. She worked with the film crew and appeared in 23 episodes of the Hatfield and McCoy series.

Outside of work, Courtney’s four-year-old daughter keeps her busy! She and her partner also own and operate the Hatfield and McCoy Distilling Company. They enjoy living in a small town in the Appalachian Mountains. Courtney also owns the Old McCoy homeplace, which is the last standing site from the Hatfield and McCoy Feud.

If Courtney could be any animal, she would be a panther. She loves how smart and elusive they are, but that their protective instincts kick in if anyone messes with them.